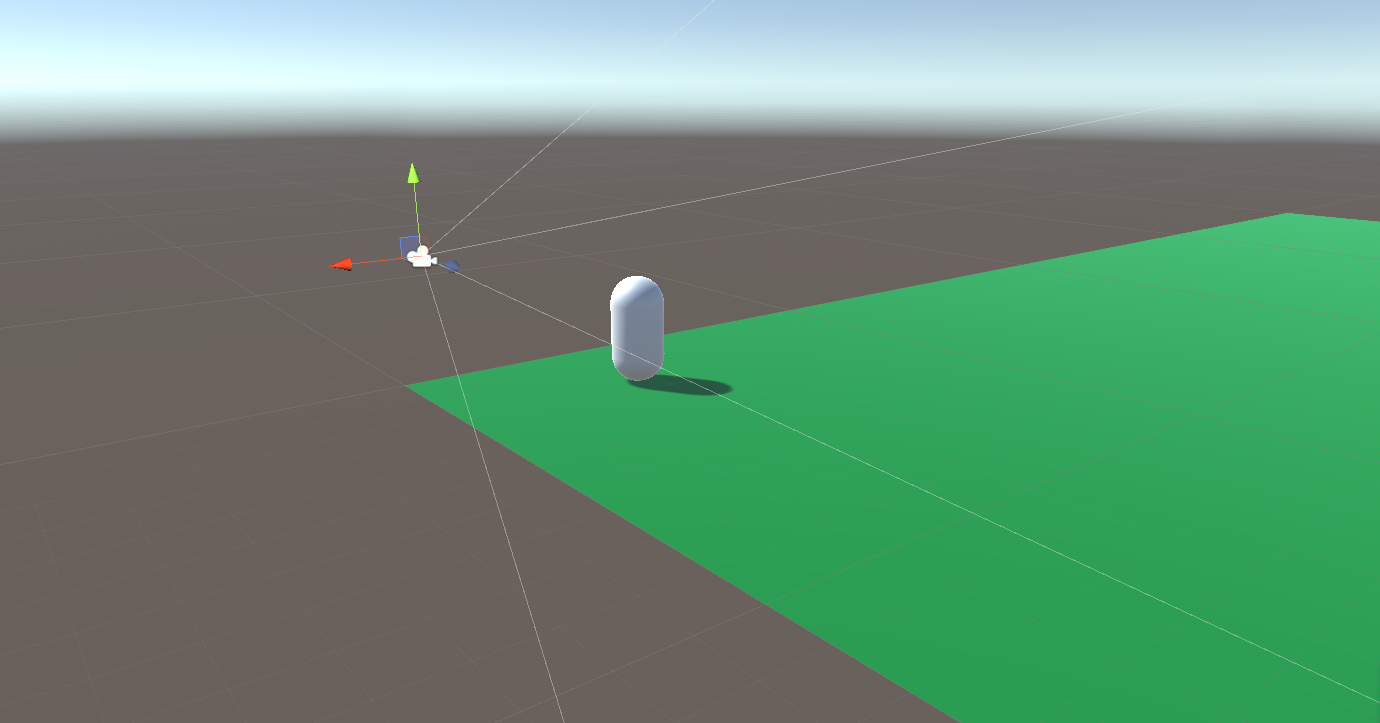 I have always been fond of the Third person perspective in video games and after my course about multivariate analysis, I finally understood how I can pull it off.

One thing to keep in mind is that formula for phi does not return the desired angle, for example, x<0. A modified version of Acrtan called Arctan2 is used that always returns the angle for any given x and y.

I created a script called cameraController and made sure that I could link the camera and the capsule to the script to get information like its world position. If you want to you can read the code here.

I also made a Character controller to move the capsule but it had to move in the expected direction as seen from the camera so with some simple vector mathematics I defined the controller here.

Notice how I determine the desired direction for the buttons A and D with a cross product of the projected vector from the camera to the capsule onto the xz-plane and a vector normal to that plane. This returns the vector orthogonal to those two vectors and is the direction I want the capsule to travel in.

Here is a demo of the code running. I did add some slight movement interpolation to smooth out the animation of both the camera movement and the rotation of the camera to make it more presentable.

I made a little course that I used to test the movement and camera controls.

That´s it for this post. If you have any questions about the code ask them below!

1 thought on “Spherical Coordinates for a Third-person perspective”